It's been a while since we've updated the blog - life has been "normal," and we have a true appreciation for the routine and monotony of regular life - but we wanted to share something awesome that we were able to be a part of last night!

Caroline was asked to represent Monroe Carell Jr. Children's Hospital at Vanderbilt for the Nashville Predators' "Hockey Fights Cancer Night."  She was actually asked to participate last year, but was too sick, and in the hospital.  However, last night she was feeling great and able to help bring awareness to pediatric cancer, along with other oncology friends (some survivors and some in active treatment).  They all got to particiapte in a wide variety of pre-game activities.

Caroline was gifted a personalized jersey with her last name and the year she was diagnosed, had her picture taken with Flashes of Hope photography, and was then led down to the locker room.  She was selected to be the hype girl and open the doors to greet the Predators players as they headed out to the ice (video below).  Graciously, they also included Andrew in that part of the festivities; he said it was one of the best nights of his life!  After fist-bumping all of the players, Caroline got to watch the team warm-up against the glass, and then accompany team captain, Roman Josi, on the ice for the National Anthem!!!

All of the kids and their families were treated to box suites, where they cheered on the Predators in a nail-biting game: the Predators won the game in sudden-death overtime, with 8 rounds of a shoot-out!  It could not have been a better ending to a wonderful night for our family, but most importantly, the Predators fans donated over $51,000 for Cancer research at Vanderbilt, from collections made during the game!

We want to thank the groups and friends that made the night so perfect for us all: The Nashville Predators, The Nashville Predators Foundation, The 365 Pediatric Cancer Fund, Pekka Rinne, Monroe Carell Jr. Children's Hospital at Vanderbilt's staff and medical team members, Tracy and Buddy from Angel Heart Farms, Flashes of Hope, the Larsen Family, and Caroline's grandparents for coming out to support us!

Overall, Caroline is doing really well these days,  She is still loving Kindergarten and American Girl Dolls.  Her one-year progress scans will be some time in April, and we will certainly update the blog with results.  Thank you for the continued prayers for clear scans! 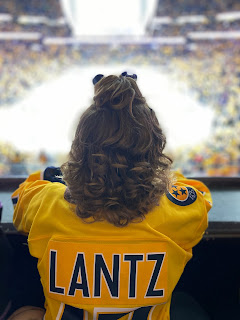 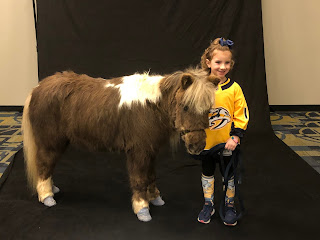 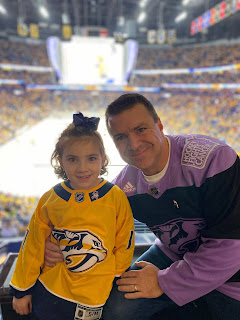 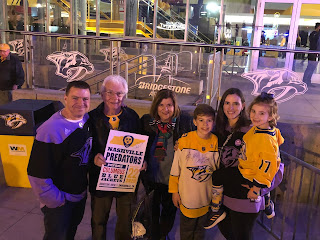 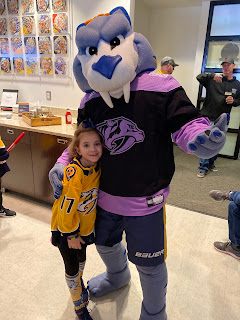 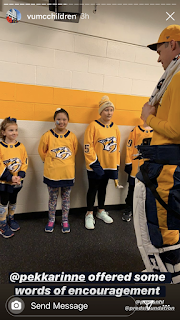 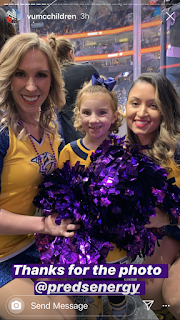 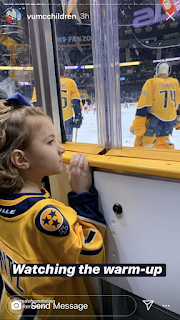 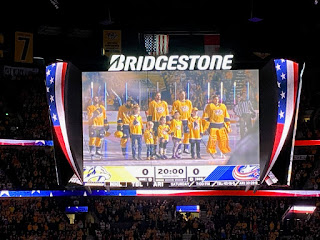 She made the big screen - in the middle with Roman Josi! 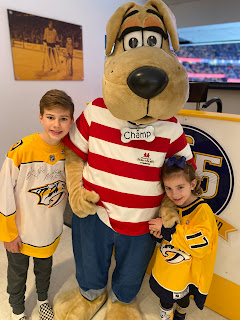